Ernie Dumas - The Education of Ernie Dumas: Chronicles of the Arkansas Political Mind

Dumas has written about politics for more than 60 years beginning at the El Dorado Daily News and Evening Times in 1954. He was a political and state government reporter and an associate editor, editorial writer, and columnist for the Arkansas Gazette until it closed in 1991. Dumas continues to write for numerous state and national outlets, including the Arkansas Times. He has been an author or collaborator on several books, including The Clintons of Arkansas, Waiting for the Cemetery Vote, and Dearest Letty. 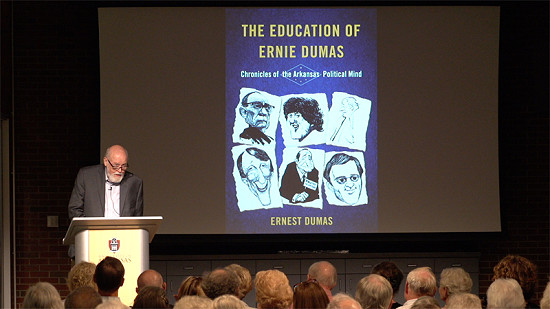