A Symposium on the Elaine Massacre - J. Chester Johnson - Damaged Heritage: From the Elaine Race Massacre to Reconciliation

J. Chester Johnson is a well-known poet, essayist and translator, who grew up one county removed from the site of the Elaine Massacre. He has written extensively on race and civil rights, composing the Litany for the National Day of Repentance when the Episcopal Church formally apologized for its role in transatlantic slavery and related evils. His grandfather, Alonzo Birch, who became a father figure to him upon the death of his own father, worked for the Missouri-Pacific Railroad in McGehee, Arkansas, and participated in the massacre. Johnson’s three most recent books are St. Paul’s Chapel & Selected Shorter Poems, Now And Then: Selected Longer Poems, and Auden, the Psalms, and Me. He was educated at Harvard College and the University of Arkansas and received the university’s Distinguished Alumnus Award in 2010. 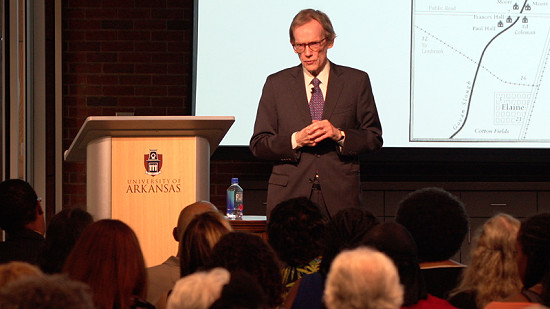