A Symposium on the Elaine Massacre - Sheila Walker and Dorothy Marcy - What Is a True Ally?: An Open Conversation on True Racism

Sheila Walker is deeply committed to a reconciliation of the interracial and generational trauma associated with the Elaine Massacre. Members of her family—including her great-grandmother Sally Giles and several great uncles—were among its victims. One great uncle, Albert Giles, was one of the 12 African American sharecroppers convicted of murder immediately following the massacre. As a high school sophomore, Walker was inspired by a mentoring program offered through the University of Chicago through which she gained “a different perspective of life’s possibilities beyond poverty.” She joined the Student Nonviolence Coordination Committee and began to participate in marches, sit-ins and boycotts during the civil rights movement. After high school, she studied at Wilson Junior College and Loyola University, where she earned a degree in sociology. Walker worked for the Onondaga County Health Department Cancer Services Program, where she served as co-facilitator of a breast, cervical and colon cancer support group. Walker has served in the U.S. Army Reserves and worked in Federal Law Enforcement in New York City. 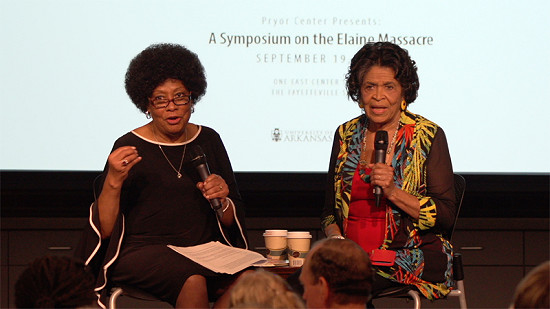